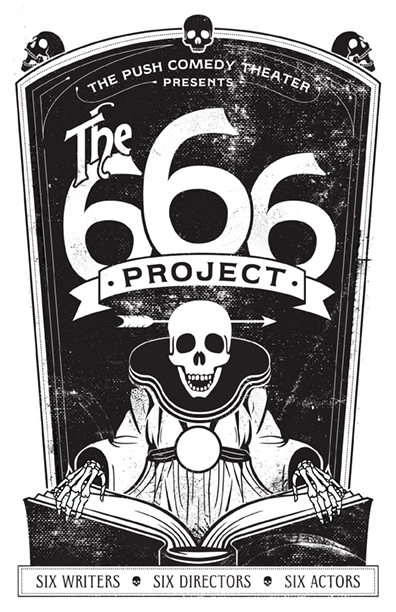 The 666 Project is an annual Halloween show at The Push Comedy Theater in Norfolk, VA. Every year scripts from six writers are chosen, then handed to six directors, and finally performed by only six actors. This show continues the rich tradition of combining two genres: comedy and horror.

Black, white, and scary all over.

Reaching back and looking at old book covers and occult ephemera, the main skeleton illustration for The 666 Project was born. The overall image recalls grindhouse posters and cheap, old paperback novels. A slight nod to Steve Martin was added to keep everything grounded in humor. 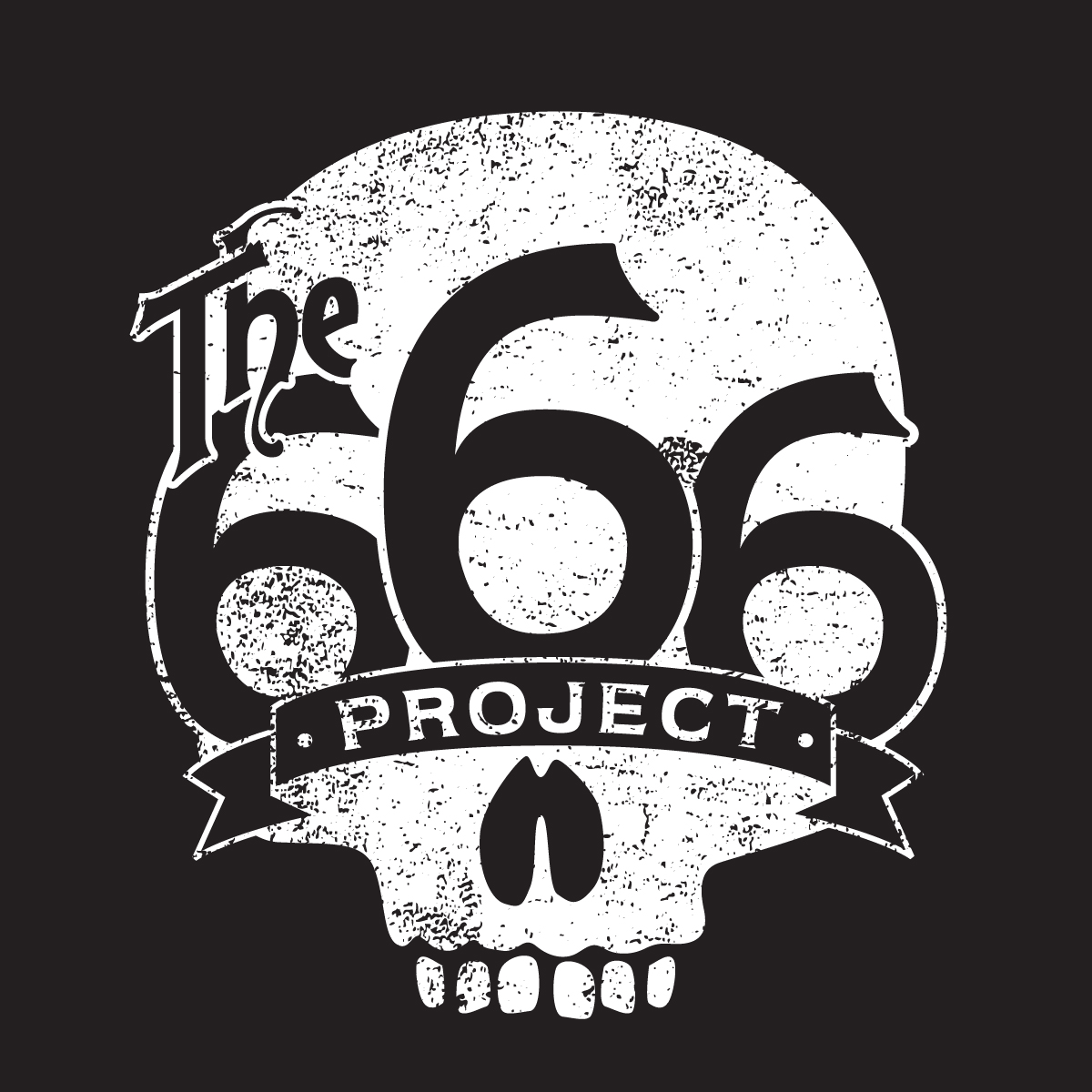 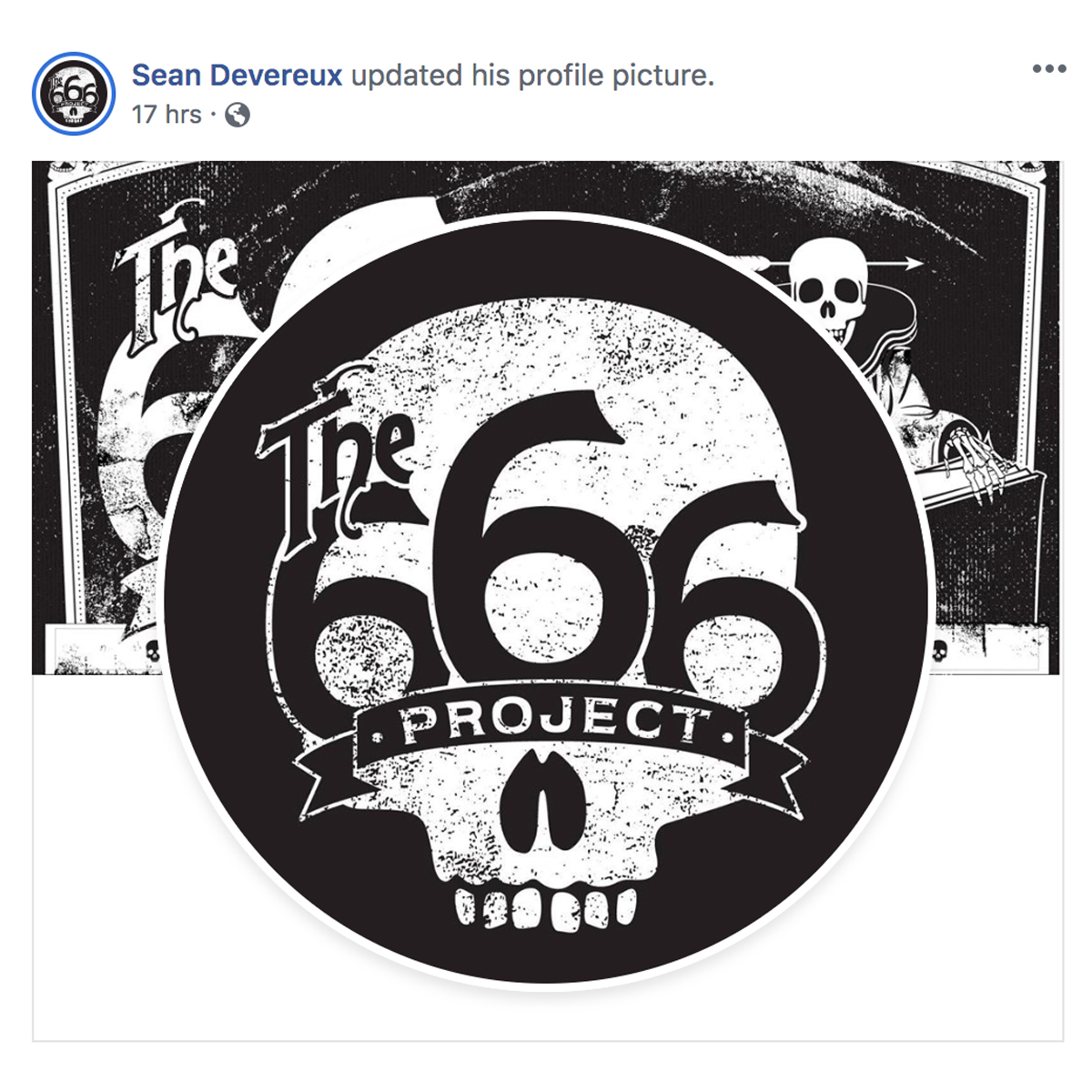 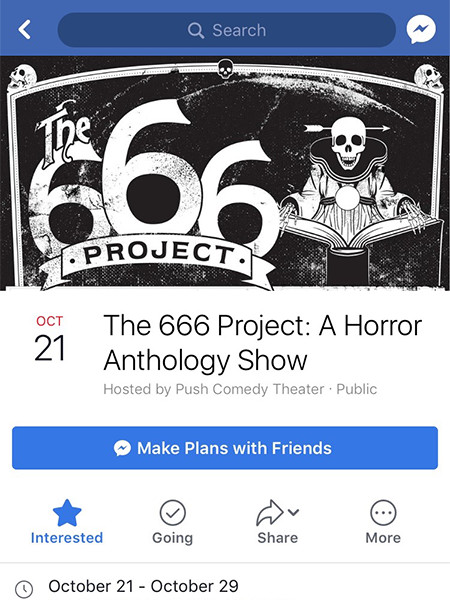 We love working with Derek Munn. He has the amazing ability to pluck the hazy, half-formed image inside our head and turn it into something magical. We’ve been thrilled with all the work he has done for us. He fosters a very collaborative dialogue and is great at making tweaks and changes to projects on the fly.